Moritz Frischkorn is a choreographer, performer and researcher based in Hamburg. His artistic practice addresses more-than-human choreographies and their socio-political dimension, especially beyond the frame of theatre. He produces research-based live performances, writes, curates and teaches. In his artistic practice, he looks for modes of attuning to and caring for material and develops modalities of expression beyond subjective intentionality. A central aspect of his work is the continuous inventory and critique of his privilege.

Moritz studied comparative literature, contemporary dance and Performance Studies in Berlin, Paris, Salzburg, Stockholm and Hamburg. In 2014, he was awarded a danceWEB scholarship at ImPulsTanz festival in Vienna. He collaborated, among others, with Martin Nachbar, Manon Santkin, Maria F. Scaroni, Vladimir Miller, Ellen Blumenstein, geheimagentur, SARMA and Plateau Hamburg. He has been teaching at a.pass – advanced performance and scenography studies in Brussels and at the MA Performance Studies at the University of Hamburg. Publications include academic articles, self-published artist books and newspaper reports. Since 2015, he pursues an artistic-research PhD within the graduate school ‚Performing Citizenship‘ at HafenCity University in Hamburg entitled ‚Choreography without… Modes of handling material between logistics and attunement‘.

In January, Moritz presented his most recent work ‚The Great Report‘ at Kampnagel, Hamburg. Based on the hypothesis that logistics is a form of choreography, the project unfolds how extended supply chains connect a Western public to distant places and ecosystems while externalizing costs and reproducing neo-colonial structures of exploitation. 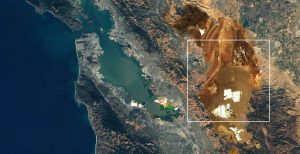