Arkadi Zaides is an Israeli independent choreographer and visual artist of Belorussian origin, currently living in France. In Israel, he performed in several companies such as the Batsheva Dance Company and the Yasmeen Godder Dance Group before embarking on an independent career in 2004. He obtained a master’s degree at the AHK Academy of Theater and Dance in Amsterdam. He is currently obtaining his practice-based PhD degree at the Antwerp University. He is a member of the CORPoREAL research group at the Royal Conservatoire Antwerp, and a member of S:PAM (Studies in Performing Arts & Media) at the Gent University. His performances and installations have been presented in numerous dance and theater festivals, museums, and galleries across Europe, North and South America, and Asia. Over the years he has curated projects such as “New Dance Project” (2010–2011) with choreographer Anat Danieli, “Moves Without Borders” (2012–2015), and “Violence of Inscriptions” (2015–2018) with the scholar, curator, and dramaturge Sandra Noeth. He is a recipient of numerous prizes, among them a prize for demonstrating engagement in human-rights issues, awarded to Zaides by The Emile Zola Chair for Interdisciplinary Human Rights Dialogue. 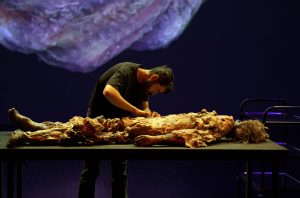 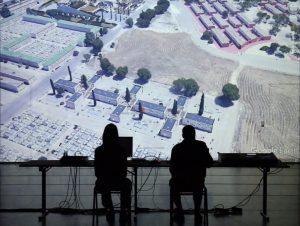