Born in 1970, Philippe Quesne received his education in Visual Arts. For 10 years he designed sets for theater, operas and exhibitions. In 2003, he created the Vivarium Studio Company, and directed his first show, La Démangeaison des ailes, based on the acts of taking off and falling down. Philippe Quesne hunts the marvelous, the tiny, and pushes to the extreme experiences of our daily lives as well as the relationship between mankind and nature. As he did as a child, collecting insects, he now works and studies small communities under his microscope. The scenography is used as an ecosystem in which he immerses his actors into.

His shows, such as La Démangeaison des ailes (2003), Des expériences (2004), D’après nature (2006), L’Effet de Serge (2007), La Mélancolie des dragons (2008), Big Bang (2010), Swamp Club (2013), Next Day (2014), compose a repertory that tours all over the world. In addition to his work for the theater, he creates performances and interventions in public spaces or natural sites, and displays his installations in the context of exhibitions. Since January 2014, he is the co-director of Nanterre-Amandiers, National Dramatic Center. In 2016, he created Caspar Western Friedrich at and Welcome to Caveland ! at Kunstenfestivaldesarts in Brussels.

In 2018/2019, he will create Crash Park, La vie d’une île at TNB in Rennes, et in Nanterre-Amandiers and Farm fatale ata Kammerspiele in Munich. For the first time, he will direct and create the set design of an opera, Usher adaptated from Edgar Poe, music by Claude Debussy and Annelies Van Parys in October 2018 at Staatsoper Unter den Linden in October 2018. In 2019, he is the artistic director for the Prague Quadriennal. 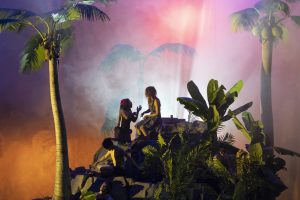 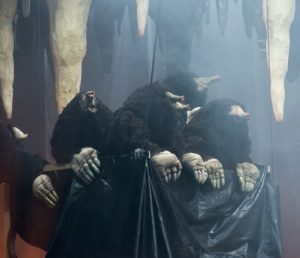 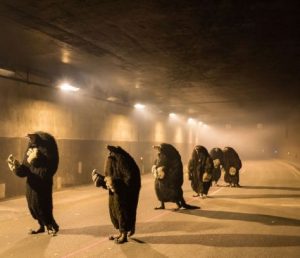