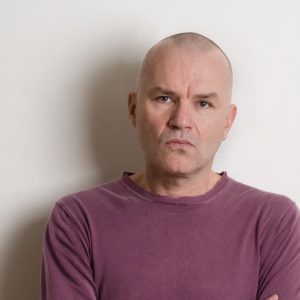 “I think feminist, I’m a writer, and I come from Eminem.” – Antonia Baum as a guest of Klaus Walter

The event must be cancelled without replacement, tickets already purchased and paid for will be refunded.

“How does a woman manage to reconcile loving rap with allowing herself to be constantly insulted?” This is the experimental arrangement of Antonia Baum’s new book. In an autobiographical essay, the writer, ZEIT author and accomplished contemporary commentator explains her weakness for the rapper Eminem, even though he raps such awful misogynist and homophobic stuff and in doing so, has become the most successful white rapper of his generation – in a genre that is actually black. Antonia Baum navigates through the numerous contradictions that this entails. For example, the skeletons in the closet. People whose art you like, appreciate or love, even though it has its dark sides. People whose art you like, even though the artists themselves have their dark sides, from the anti-Semite Richard Wagner to the alleged child rapist Michael Jackson. How do we relate to art that is no longer considered OK? And what music played an important role in Antonia Baum’s writing?

From 25.11.2021 applies according to the current Coronavirus Protection Ordinance:
This event will be held under 2G PLUS rules. A valid vaccinated or convalescent status must be presented for admission, including an official photo ID. In addition, a negative antigen test result (citizen test) no more than 24 hours old must be presented. Partial occupancy in the event room. We recommend wearing a medical mask (FFP2 mask, makeshift surgical mask), also when seated.