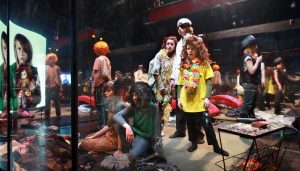 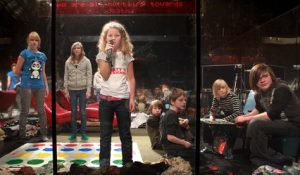 Before Your Very Eyes

For the first time in their 17-year history, Gob Squad do not appear onstage themselves, instead directing a group of 8-14 year olds. As the audience observe them in a “safe-room” made of one-way mirrors like insects in a jam jar, the children onstage peer into the future at themselves as adults, and nostalgically back at their recent past, as they prepare to leave childhood behind forever. At the same time, Before Your Very Eyes confronts its adult audience with itself. Gob Squad shrewdly play with our ambivalent feelings towards our own longing for youth, our own histories and the inevitable end of all possibilities.