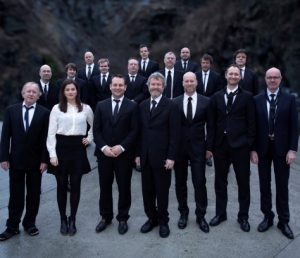 For the fourth recording in the ‘Norwegian Song’ series the musician, composer, band leader and arranger Dag Arnesen, who has a long held passion for Norwegian composers, has joined forces with one of Norway’s leading big bands: the Bergen Big Band, whose brass players’ brilliant, cool improvisations and genuine big band spirit never fail to impress. With the ‘Norwegian Songs’ they perform treasures from their Norwegian vocal heritage and find new jazzy arrangements for folk songs and even pieces by Edvard Grieg that will make the Palmengarten in summer swing along!