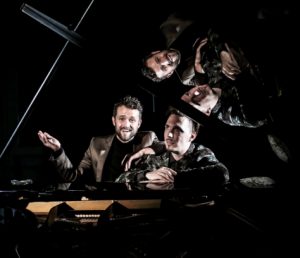 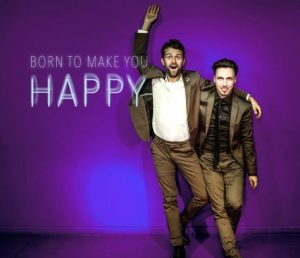 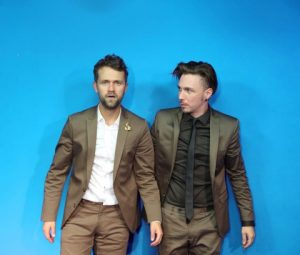 Cremer Born to make you happy

Born to make you happy

Daniel Cremer (1983, Mönchengladbach, West Germany) works as performance artist, writer and director in theatre and beyond. As a director, he staged operas, co-created collectively written plays, and initiated participatory projects by and for children as well as grown-ups at institutions like Schauspiel Köln, Theater Heidelberg, HAU Berlin and Düsseldorfer Schauspielhaus. After creating a series of performative simulations under the title TALKING STRAIGHT from 2010 – 2014, Daniel was a founding member of the eponymous theatre group and worked with TALKING STRAIGHT until the end of 2016, performing at Studio R / Maxim-Gorki-Theater Berlin, Theater Neumarkt Zürich, Münchner Kammerspiele and the “Stückemarkt” of the Berliner Theatertreffen, showing a series of immersive simulations functioning as disaster management exercises to train the audience for the every-day disaster of racism, sexism and class war. In 2015, the Frankfurter Autorenstiftung awarded him with the Preis der Autoren for his artistic strategy of simulating reality and in particular for the invention of „Fremdsprache“, a middle-European sounding language he has been using in most of his theatre works with and without TALKING STRAIGHT. Solo-performances have been shown at Theater Bremen, Theater Basel, Berlinische Galerie, Gesellschaft für aktuelle Kunst Bremen, nGbK Berlin and recently at Künstlerhaus Mousonturm (BORN TO MAKE YOU HAPPY, 2017). In 2016, he wrote and produced his first radio play, GAYA, a tantric Science-Fiction Tale about the gayification of the world produced by the public broadcasting station rbb / Radio Berlin-Brandenburg. As part of his interest in ways of expressing sexual pleasure and intimacy that go beyond patriarchal brainwashing, Daniel considers himself part of to the ecosexual movement, a current in contemporary art and sexual culture that sees the Earth as a lover and aims to invent new practices of relating to nature and humans alike. A recent collaboration with the artist-activist couple Annie Sprinkle and Beth Stephens, who inspired this movement, took place at documenta 14 Kassel in 2017, where he performed in and co-directed the “Ecosexual Walking Tour” as well as giving free sex advice in their performance “Sidewalk Sex Clinic.” According to his wish to become a „Walking Retreat Center“, he created the performance RECONNECTIVE CRUISING™ for Schwules Museum* Berlin in the same year, which is looking for moments of shared tenderness in the intimate encounter of strangers. After organizing a couple of workshops on Ecosexuality, Daniel will be taking a deeper look at Love, Sexuality and Interconnectedness in his upcoming show THE MIRACLE OF LOVE, which is going to come out at Mousonturm Frankfurt as part of the festival “Frankfurter Positionen” and will tour the world afterwards, beginning at Theater im Bauturm Cologne.