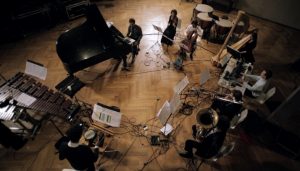 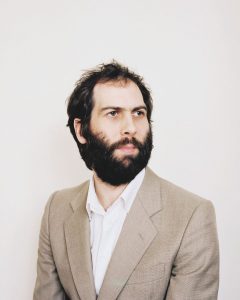 Whether in classical concert halls or at international festivals such as Glastonbury, Montreux or the Sonar Festival – Brandt Brauer Frick is one of the most unusual ensembles in Germany and in high demand. In 2008, three musicians from Wiesbaden crossed paths at an improvised jam session and quickly the trio found its very own musical cosmos in a conjunction of club music and techno produced with classical instruments. After moving to Berlin and their first CD You Make Me Real recorded as a trio, the group founded the ten-person Brandt Brauer Frick Ensemble in 2010 with trombone, tuba, violin, cello, harp, piano, percussion and an analog synthesizer. Currently, the voice of Canadian singer Beaver Sheppard adds a melancholy base tone to the feverish and percussion-oriented arrangements.

For this unique live experience Moogmemory, Matthew Bourne is covering no less than over 1.000 kilometers by car. So Moogmemory may be appearing for the first and possibly only time in Germany!

In the frame of the 47th German Jazz Festival Frankfurt

together with Metthew Bourne’s “Moogmemory”