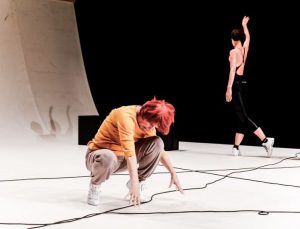 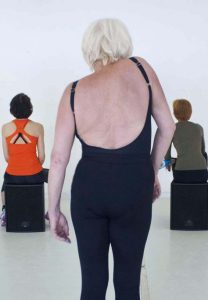 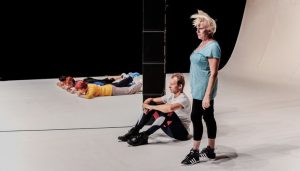 In Come Back, five former ballet dancers from Vienna’s State and People’s Opera return to the stage long after the end of their active careers. While their contemporaries fought to change society and the world in the late 1960’s, they were training at the barre. Did they heed the developments taking place around them? Were they aware of the revolution going on outside? Now, as pensioners they have founded their own radical and ironic revolutionary movement: together with the young Viennese choreographer Doris Uhlich, they spent a year occupied with a kind of futuristic archaeology for the piece Come Back. Without wallowing in nostalgia, they searched for traces of ballet hierarchy and its rigorous corporeal techniques left behind in their bodies. Above all, they turned towards the future to demonstrate – with an e-guitar in a backward solo dedicated to David Bowie while doing splits – the rallying power that their disciplined bodies transformed by time still hold. Doris Ulrich’s performative way of working comes up against these bodies now rejected by ballet standards as it sets out into a movement landscape, which redefines its limits as political potential.

WARM UP for spectators of Come Back on Sun. 5.00 pm