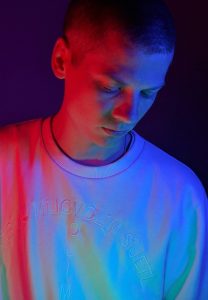 Der Geheime Salon enters its second year and celebrates with an exclusive edition at the Alte Oper as part of the Musikfest 2018. The evening simultaneously marks the conclusion of the first of five residencies, which the Mousonturm and the tape label MMODEMM are awarding musicians of experimental electronics over the coming ten months. The audio and video artist Jung an Tagen presents his work in form of a concert, as well as a tape release. His sound and rhythm clusters recently brought him releases on labels such as Editions Mego and Orange Milk Records and perfectly match the Musikfest, with its emphasis on György Ligeti’s “Atmosphères”. Before and after, Hamburg’s Golden-Pudel resident Phuong-Dan will fill the wood panelled walls of the foyer with kraut sounds and noisy wave from his magical bag of eclectic vinyl.

A  concert series by Künstlerhaus Mousonturm and MMODEEM, in cooperation with Alte Oper in the Fram of Musikfest. Supported by Musikfonds e. V.  with project funds of the Federal Commissioner for Culture and Media, Dr. Marschner-Stiftung and Naspa Stiftung.