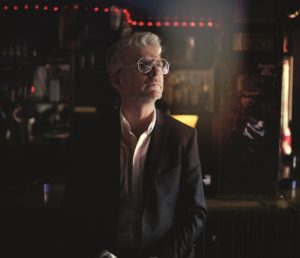 Turn signal left: since his time as a VIVA showmaster, Heinz Strunk has been in the passing lane. He founded the legendary Hamburg Studio Braun, invented techno and the internet with his band Fraktus and writes one book after another – all of them bestsellers and somehow autobiographical. His debut Fleisch ist mein Gemüse served as a model for an award-winning radio play, an operetta in the Hamburg Schauspielhaus and the film of the same name. Now, Strunk’s novel Der Goldene Handschuh is about the Hanseatic murderer of women Fritz Honka, who gained horrible fame in a spectacular case in 1976. Fantastically dark, brightly funny, endlessly sad and Strunk’s first book that has no autobiographical traces.