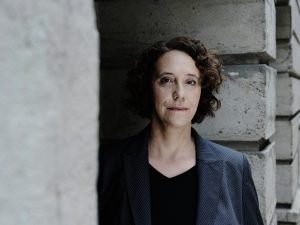 A diplomatic career is like playing the lottery: Do you end up in a South Sea paradise or behind a guarded protective wall in Iraq? Friederike Andermann seems to have hit the jackpot. She becomes ambassador to Uruguay, a country by the sea, as democratic, liberal and stable as any in the region, and so small that no diplomatic crises are to be expected – and yet her term of office ends in disaster after only a few months. Friederike is transferred to Istanbul, where she not only loses her patience in the politically heated confusion of intelligence operations and trade relations, but also her faith in diplomacy. After the enormous success of her novel “Daughters”, which was translated into eight languages and adapted for the cinema, Lucy Fricke presents “The Diplomat”, a novel that recounts the vagaries of international politics and the personal fates behind them with bitter humour.