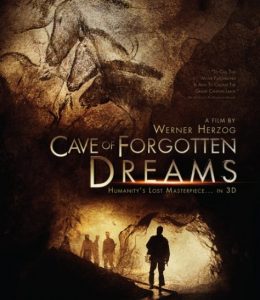 Early cinema – that is what Werner Herzog called the oldest known paintings in the Chauvet caves. Over 30.000 years ago, our ancestors began capturing their impressions and experiences in a wealth of images and engravings in the depths of the mountainsides high up in the Ardèche. And this over a period of more than 6.000 years. In 2010, Herzog and his film team were allowed to accompany that very small circle of people into the caves, who are allowed to do tightly regulated research there. The resulting images of the paintings are fascinating in their vivid reproduction. But above all, it is the often overlapping, highly concrete motives themselves, which produce a deeply touching doorway to a still very vivid part of human history.