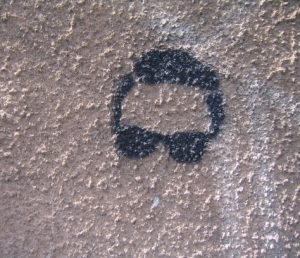 Do I Know You?

In her solo performance Lina Majdalanie investigates the causes and the political, social and ethical implications of prosopagnosia – the inability to recognize and remember faces. Starting from her own personal experiences she examines the meaning of this phenomenon with regard to a society whose political and historical legacy is closely linked with metaphors and narratives of the face: in Lebanon’s declaration of independence in 1943, the nation declares itself a country with an “Arab face”. Only later, after the war, does Lebanon claim to be an “Arab country”. In ‘Do I Know You?’ the writer, director and actor Lina Majdalanie discusses the question of the basis on which strategies of identification, categorization and recognition arise or are put into practice.

In French with German and English surtitles

Lina Majdalanie was born in Beirut (Lebanon) and works as an actor as well as a director and writer. She has devised numerous productions including ‘Biokhraphia’ (2002), ‘Photoromance’ (2009), ‘33 rpm and a few seconds’ (2012), ‘A Drop of Sweat’ (2015), ‘Appendice’ (2016), ‘Do I Know you?’ (2017), ‘Borborygmus’ (2019) and ‘Last but not Last’ (2020). She has also taught at the Haute Ecole d’Art et de Design in Geneva, DasArts in Amsterdam, the Johann Wolfgang Goethe University in Frankfurt and Bard College, Berlin. In her work Majdalanie investigates forms of political language in and age of globalisation and digital technology. She regularly curates programmes for a range of institutions such as ‘Motion-Less’ (Tanzquartier Wien, 2009), ‘Beyond Beirut’ (Künstlerhaus Mousonturm 2016) and ‘Relatively Universal’ (HAU, 2017).