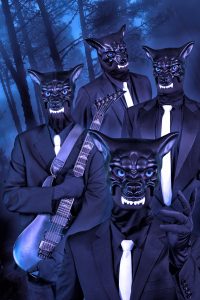 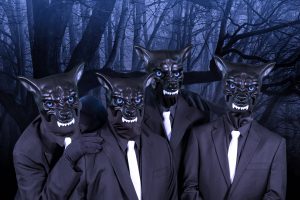 This tour was actually planned for early 2021, the venues already booked. But then Corona came along and everything had to be postponed – possibly not too much of a surprise for The Residents: in their 2017 programme “In Between Dreams”, the band members no longer wore their famous and much-copied “eyeballs”, but masks of 17th century plague doctors, as if they had sensed the pandemic. The Residents have always been ahead of their time. And so it happens that last year’s planned tour will now become an anniversary tour in 2022: 50 years of this legendary Californian band, and their motto is: “Holding up the Underground since 1972!”

As always, the mysterious Residents are reluctant to reveal details about their new programme. However, we were able to find out this much about their planned show from a spokesperson for the band: “Featuring songs from the group’s classic period, as well as their most recent album, The Residents are pleased to announce the DOG STAB! Tour, gloriously celebrating their odd and improbable fifty years of existence. Focusing on the band’s iconic DUCK STAB! album from 1978, the performance will also spotlight music from Metal, Meat & Bone, released in the summer of 2020. Always unpredictable, the group will also feature a few unexpected surprises in this curious and unique carnival of chaos.”

This event takes place under 2G rules. A valid vaccinated or convalescent status must be presented to enter, including an official photo ID. Full occupancy in the event room. The requirement to wear mouth-to-nose covering is waived.