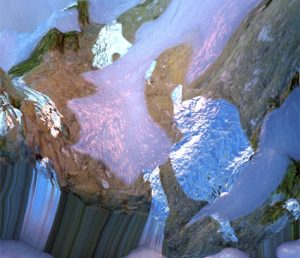 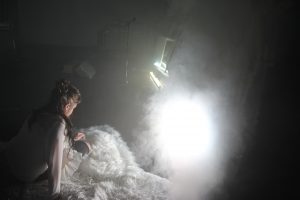 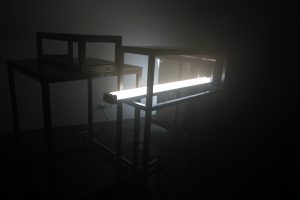 Down where the Trees grow together

Kristin Gerwien carries us off into an intermediate sphere. She is a musician, performer and costume designer all at once; she created a piece full of sculptural power and a fine sense of tonality that is neither concert nor performance. It is everything at once! The piece by this young artist plays with disassociation and alienation. Gerwien stages and multiplies herself as an artistic character. The cover of a chronicle of possible meetings is opened; it tells of human skin, loss, touch, excess and other chasms between reality and fiction – all accompanied by electronically influenced songs.