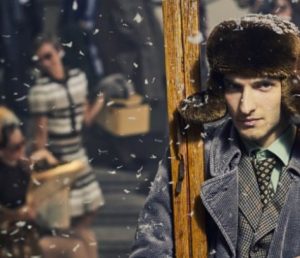 In “Eine Winterreise”, Tim Plegge sets out on a choreographic journey. The ballet follows in the steps of his prior narrative ballets, which began at the Hessische Staatsballet with “Aschenputtel” followed by “Kaspar Hauser” and “A Midsummer Night’s Dream”. Yet “Eine Winterreise” abandons the previously explored path of stringent narration. In fragmentary episodes, it follows the lyrical self of the song cycle in search of the source his own longing. The ballet tells a story of growth and decay, of desire and of a state of searching that comes from the contemplative reflection of self. Wiesbaden composer Hans Zender has reinterpreted and rearranged Franz Schubert’s “Winterreise” – a milestone of Romantic song. Now this interpretation finds its way together with Tim Plegge’s ballet creation onto the stage of its hometown.
Featuring the Hessische Staatsorchester Wiesbaden directed by Benjamin Schneider.