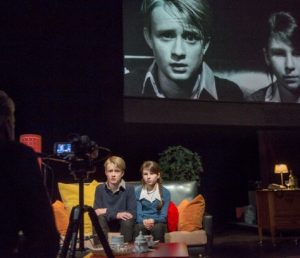 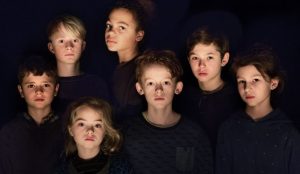 Five Easy Pieces deals with the life and crimes of Belgian Marc Dutroux and with him various taboos and painful aspects of private as well as political life. On stage: children and teens between 8 and 13 years of age. In “five exercises in major simplicity” the young actors slip into different roles, for example that of a police officer, of one of the victims or the parents of one of the dead girls. Through these exercises and through reenactments rehearsed with adult actors, a historical panorama of Belgian history unfolds from the independence of the Congo to the major demonstration of the “White March” on the one hand. On the other hand, the piece also tests the boundaries of what children should know, feel and do. What does it mean to watch them? And what do we thereby learn about our own fears, hopes and taboos? One hundred years ago, Igor Strawinsky composed his Five Easy Pieces to teach his children to play piano. In Seven Easy Pieces, Marina Abramović re-enacted iconic performance art pieces. In Milo Rau’s Five Easy Pieces, children are introduced to the emotional and political absurdities and dark depths of the adult world.

Flemish with English and German Surtitles.

Flemish with English and German Surtitles