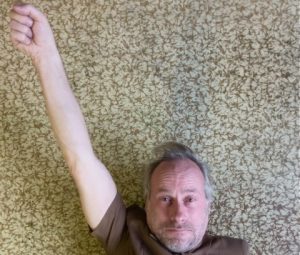 Together with director Jakob Fedler and scenographer Dorien Thomsen, Frankfurt “Tatort” detective and actor Wolfram Koch have put together a masterful solo performance homage to Einar Schleef citing four episodes from “Die Bande” – a collection of stories first released in 1982 as well as letters from his mother. The evening is an emphatic and laconic reflection of his mother’s universe, his own loneliness and the misfortunes of ordinary people: fretting mother meets taciturn son, an art teacher and mentor takes his own life, houses are built, marriages fall apart, a friend is caught red-handed with another man. In German.