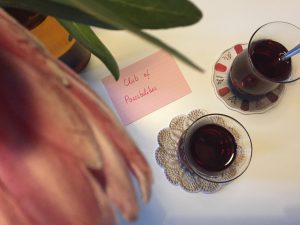 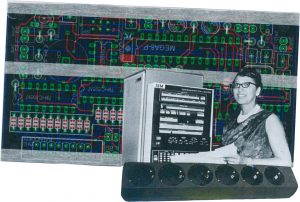 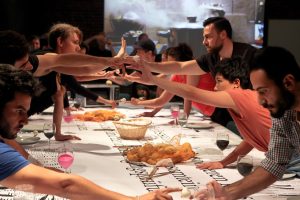 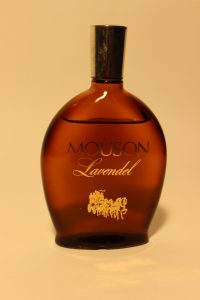 Nuray Demir is an artist/curator in the field of visual and performing arts. Her practice is distinguished by a research-based, radically transdisciplinary approach. In her projects, she forms temporary ensembles with people from various fields. She is especially interested in debates and concepts of feminist and postcolonial theory. Nuray Demir’s work is informed by a critical view of social exclusion and complex hierarchical situations; it outlines artistic irritations and counter-positions, formulating a space where social equality can be imagined and empowered. She has realised projects at various institutions, among them Kampnagel in Hamburg, Sophiensaele Berlin, Hebbel am Ufer Berlin and Wiener Festwochen. She also communicates her artistic approach in her teaching, for example at the Berlin University of the Arts. www.nuraydemir.de

Who works how, with which resources and in which contexts? How is artistic work organized – collectively or hierarchically? Where does the material come from? What role does gender play? What about politics? Is there a network? When is the time for (self)care? – What does feminism mean as a political and artistic practice? A feminist guide to nerdom is a website, on which we discuss practices, methods and strategies in the field of performance and media art with other feminist artists. Our encounters produce an audio-visual online archive as well as initial hubs and links in a network of feminist artists working in the field of new media and theatre. Feminist nerdom also means using a queer-feminist approach to question and redefine traditional ties between gender roles and fields of work. You can find the beginnings of our attempt to weave a network of feminism and art, theory and practice at www.feminist-nerdom.org

The *foundationClass was established in 2016 at the weißensee kunsthochschule berlin. It defines art academies as powerful places of knowledge production, which – in some ways unconsciously –(re)produce inclusions and exclusions by continually positing white, German, heterosexual people from privileged backgrounds and efficient, young and healthy bodies as the norm.  Hence, the identity of the *foundationClass as a legal instrument that aims to provide participants with refugee status and/or who have applied for asylum, with equal access to the Kunsthochschule as best possible. By making the infrastructure of the weißensee kunsthochschule berlin available, including access to classes and facilities, as well as help in dealing with authorities, the *foundationClass also supports participants in reconstructing and creating lost documents, images, evidence, portfolios and qualifying materials for the entry exams of German art schools. The *foundationClass aims to create a space in which the resources of all participants are validated, allowing new formats of exchange about skills and knowledge to emerge. Thus, the program gives the weißensee kunsthochschule berlin the chance to reflect on itself as an institution that mediates art and culture. At the same time, the *foundationClass works as an artistic collective with self-empowering forms. www.foundationclass.org

In Preparation of an Exhibition – Julian Warner

On 29 December 1988, the Künstlerhaus Mousonturm took up residence in the administrative wing of the Mouson company’s former soap factory, after years of political struggle concerning the property, as well as the orientation and structure of a newly formed “cultural factory”. Preparations for an Exhibition is not a complete and self-contained exhibition, but rather the disclosure of an on-going process. It is the attempt to use artistic research to rethink continuities and discontinuities, as well as trace the transformations and connections between the 18th century soap factory, via the cultural struggles of the 1970’s/80’s up to the current “artists’ house” in 2019.

Julian Warner is a cultural anthropologist and – together with Elisa Liepsch – co-organizer of im*possible bodies #2. An Attempted Deconstruction.

The project by Swoosh Lieu (Rosa Wernecke and Katharina Pelosi) is supported by the Goethe-Institut Villa Kamogawa Kyoto (JP). Swoosh Lieu is funded by the Cultural Department of the City of Frankfurt.