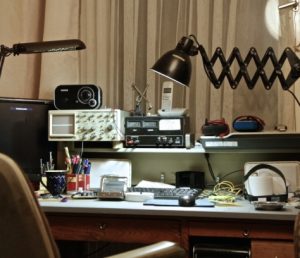 Ingolf Haedicke (72), former director of the sound archives at the Humboldt University’s Institute for Musicology and employee of the GDR broadcasting service, is a passionate hobbyist and opera visionary. In his own flat, he designs the ideal opera, builds stage models and rehearses on home-made theremins. Filmmaker Daniel Kötter and composer Hannes Seidl followed him for a day with a camera and microphone into his opera world. Now they invite the Caveland audience to get to know ingolf not only on film, but also to inhabit his Berlin apartment, of which they have recreated deceptively real copy – featuring fully functional electricity and water, television, record player, instruments, hotplates and a stocked refrigerator. As what is simultaneously a documentary film, an installation and a temporary community of people literally inhabiting the same (theatrical) living space, ingolf shifts the boundaries between fiction and documentary, daily life and opera in unconventional ways.