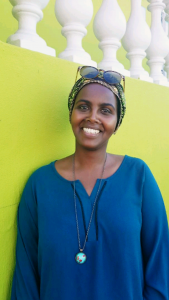 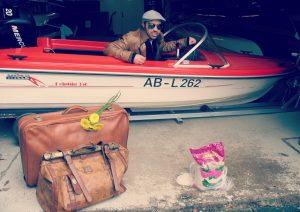 Ismahan Wayah is currently writing a PhD in English and Postcolonial Studies at the University of Münster and works at the Historical Museum Frankfurt. Identifying as a Black Muslim, she deals with the topics of anti-Muslim racism, the production of Black culture and knowledge, intersectionality and postcolonial history in academia and activism.

Imad Mustafa studied political science, sociology and Islamic Studies in Heidelberg, Frankfurt and Damascus. He thinks and writes about the history, politics and societies of the “Middle East”, as well as about racism, (post)migrant society and ideological discourses in Germany. He blogs since 2011 together with Tunay Önder under the label migrantenstadl, with commenting politically and in occasionally Dadaist-crazy, sometimes very serious ways on (post)migrant issues in Germany. In 2016, the Unrast Verlag published the blog in book form.

Ismahan Wayah and Imad Mustafa will accompany im*possible bodies #2 as critical observers and formulate a decolonial criticism of the festival and its contents.