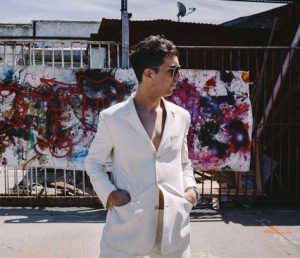 Joseph Arthur is an exceptionally gifted artist. Since early childhood, he has written songs, played bass at 16 for Frankie Starr and the Chill Factor. A few years later, Peter Gabriel discovered working at a guitar shop. His music is classical American singer-songwriter material with reminiscences of great names such as Nil Young, Bob Dylan and the Rolling Stones. Eclectic electronic elements, which evoke memories of Beck or David Bowie, and his unusual style of singing, make his tracks unique. After nine albums and a Grammy nomination, his new album The Ballad of Boogie Christ is simultaneously a step towards something new and a return to his home label – Peter Gabriel’s Real World Records.