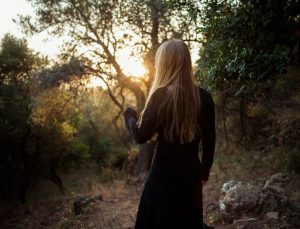 She knows only one subject: death. This is why the Swedish artist, up until now only an insider’s tip among the initiated, sometimes calls her music “funeral pop”. Almost a year after the Swedish release in August 2012, her second album Ceremony has now come out in Germany – a 60-minute work that is accompanied by church organs. It’s a pop oratorio that deals with the really big questions of goodbyes, birth and death in 13 songs, and combines spherical, chamber music sounds, gothic dark ballads and pop harmonies with expressive, clear vocals. Her charismatic voice has earned her critics’ comparisons to Kate Bush, Soap & Skin and also Antony Hegarty.