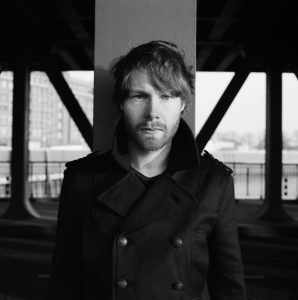 Enno Burger’s musical project began with the end of a long relationship. This ‘pit of dispair’ spawned his fist melancholy pieces about grief, loss and heartbreak. Trained as a classical pianist, Burger’s music is substantially dominated and influenced by the piano, but these gentle piano ballads have a distinctly raw Indie element – songs such as Euphorie evoke hymnic pop by bands such as Coldplay or Keane, but with profound lyrics. At Mousonturm, Enno Burger will be performing alone – he has chosen to continue his project without the other two founding members.

Actor Christian Friedel will be joined by four musicians from POLARKREIS 18 to give the Woods of Birnam shape and musical richness. They will be performing as supporting band.