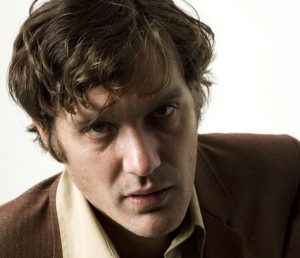 His girlfriend gone, his design studio in Hamburg broke – it’s all a bit too much for Thomas Troppelmann. He gets into a train and lets himself drift through Germany and along memory lane, until he finds himself in a small spa town, the like of which he has been trying to avoid since childhood … Frank Spiker, the brains behind the legendary Hamburg band Die Sterne, has finally written his first novel: “Alles geht den Bach runter”, which he will be reading from at Mousonturm. But don’t worry, he is also bringing music along!