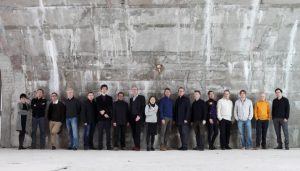 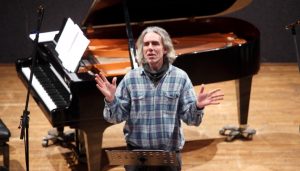 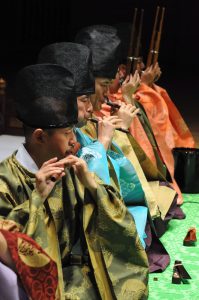 The evening promises a spectacular encounter between contemporary Western and traditional Japanese music: the 7th to 9th ceremonial imperial court music “gagaku” is one of the oldest forms of music and is regarded as a “dignified, correct” musical embodiment of the cosmic order, capable of creating balance and cheerful serenity. A presentation of this ancient music by the Reigakusha Ensemble from Tokyo is followed by a world premiere by the Ensemble Modern of a score by  Norwegian composer Lars Petter Hagen. Finally, a piece by Flemish composer Frederic D’haene Music with Silent Aitake’s unites both ensembles, thus initiating a fascinating musical coexistence of both art forms and cultures.