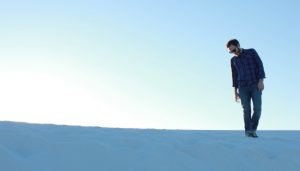 James Vincent McMorrow’s acclaimed debut album Early in the Morning reached Number 1 in the charts of his home country Ireland. It then went platinum and was nominated for the Choice Music Prize. McMorrow performed at the Royal Festival Hall, was a guest in TV-star Jools Holland’s show and inspired hundreds with his charity cover of the Steve Winwood hit Higher Love. Now, he – who really never wanted to be a classic singer and songwriter – has released Post Tropical: gentle keys, shuffling bass lines, piano loops and McMorrow’s wonderful wayward falsetto. “I just wanted to make the most beautiful thing that I could imagine. And this is it.”

David Lemaitre is a traveller. Born and raised in La Paz, Bolivia, he journeyed far and wide across Europe to finally settle down in Berlin – a logical move after having attended German school as a child. He’s seen the breaks and tears of life, learned to see things from multiple perspectives and writes songs since childhood. Lemaitre’s highly polarising voice floats through complex folk tracks that skip back and forth between pop and hippiesque sound. Extremely fresh and inventive with an incredible instrumental repertoire!