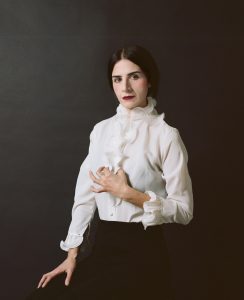 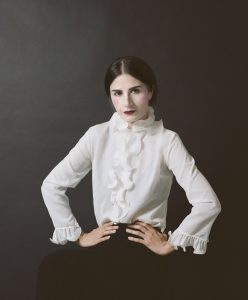 Stefanie Sargnagel, “the most important Austrian author of the 21st century” (Vice Magazine), might have found fame online, but her childhood was spent on the streets. Her texts about the socalled simple life, about feminism, about hopelessness and depression are radically personal and very wise, often also hilariously funny and sometimes tragic. At Mousonturm, she will be reading from her new book “Dicht”, which has been released by Rowohlt in October 2020. In this almost classic coming-of-age novel, sex, drugs and rock ’n’ roll are transformed into phlegm, hash and chocolate drops. “Dicht” portrays the underbelly of Vienna, a mangy world of pubs, psychiatry and run-down flats, mostly populated by extremely lovable anti-heroes. Funny, brutal, rebellious, simply good literature!

As a producer of avant-garde pop and club music, Rana Farahani alias Fauna has been an integral part of the Viennese music scene for years. Between technological self, political debate and everyday experiences, she formulates dystopian-futuristic, but also very personal tracks that are charged with contemporary affairs. In November 2020, she released her third studio album “Syncronia”.

A Cooperation of Brotfabrik and Künstlerhaus Mousonturm