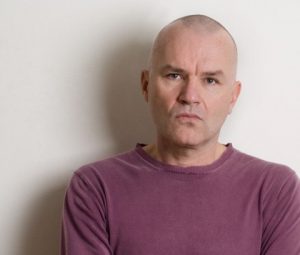 “Liberté, Egalité, Beyoncé” – this slogan is written on sweatshirts and hoodies. One year ago, Beyoncé was still the significant other of “Power Couple Nr.2 of African American Aristocracy” and regularly dined at the White House with “Power Couple Nr.1 of African American Aristocracy”. Today, the president is now longer Obama, but Trump aka the embodiment of the big backlash. Renationalisation, re-heterosexualisation, re-masculinisation – payback: a return to a world before digitalisation, globalisation and gender trouble. “Saftigkeit und Würde” (“Juice and Dignity”) is the title of a recent piece by Salwa Houmsi in JUICE about the problem of sexism in German rap. Two sides of one problem coin?

Klaus Walter has worked since the mid-1970’s as an author and radio journalist in the field of pop culture, football and politics. From 1984 to 2008, he was anchorman and editor of the show “Der Ball ist rund” at the Hessische Rundfunk, and is currently editor and anchorman for the internet radio station ByteFM since 2008. He writes e.g. for Spex, Frieze, Süddeutsche Zeitung, Jungle World and is currently working on a book about the sub-cultures of Frankfurt.