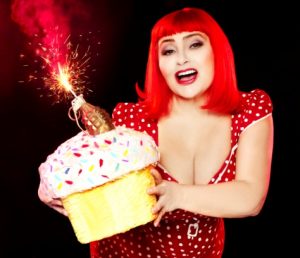 Finally, she comes to Frankfurt! Penny Arcade is one of those performance artists, who more or less coined the term, and she was once one of Andy Warhol’s factory superstars. Now, she’s coming to Mousonturm for the very first time with her solo show “Longing Lasts Longer”. Gentrification processes in big cities such as New York and Frankfurt, esoterism, the current global situation, her own ageing body and the artistic avant-garde of 1960’s and 1970’s New York – nothing escapes her caustic humour. An energetic evening somewhere between stand-up comedy and deep black satire, accompanied by rousing pop music from the last forty years –  “Longing Lasts Longer” is the perfect chance to settle a final score with everything and anyone, just in time for the New Year.