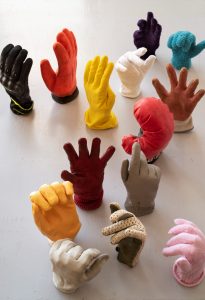 In the run-up to the festival  Politik im Freien Theater (Politics in Independent Theatre), the HTA lecture series “Macht ?! Theatre” deals with this year’s festival theme “Macht” in the dual meaning of the German word as both a noun denoting power and the verb “creating”. The event defines theatre as a seat of power and assumes that power as an unclear concept must be discussed anew in relation to phenomena and structures: necessary actions, possibilities and strategies can only be articulated in relation to different stakeholders and activities. On three Thursday evenings, 3 to 4 representatives from institutional, political and artistic fields related to theatre will come together in constellations that allows for discussions about power and creating in order to define, dismantle or transform these concepts. They will focus on taking a critical look at power structures in three areas: education, interventions and curating. Who teaches what to whom? Who intervenes when and how? What is selected according to which criteria?

This critical intervention event focuses on power structures in the arts and in academia. What strategies of intervention, disruption and sabotage can be used to address the exclusion mechanisms of exclusion in/by theatres? To what extent do these strategies function within the work of institutions? And where do they intersect with aesthetic concerns?