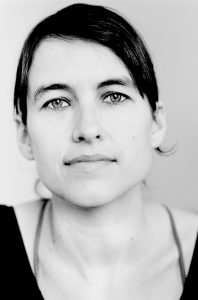 She was gone; she simply disappeared after several successful albums. Now she’s back! In 2015, Maike Rosa Vogel suddenly didn’t want to play any more concerts. And despite the fact that she had become a star of the German-speaking indie and songwriter scene in 2010 almost over night, not least of all due to her discoverer Sven Regener. She wanted to take a deep breath and do it all herself, even producing her own music. Two of her best albums were created this way, above all her fifth “Alles was ich will”. It sounds like a boisterous, but humble ride through the devastation of the neoliberal present. Here is a woman, who listens to her heart, even when it hurts. Achieves her own goals, takes risks and life into her own hands. No one else is as good at this form of private-political song-writing as Maike Rosa Vogel. As a listener, you leave her concerts with your head held a bit higher than before. And she achieves all this with no more than an acoustic guitar and a crystal-clear voice. Once in a while, she also invites guest musicians to join her, as momentarily Eric Manouz (percussion, guitar).