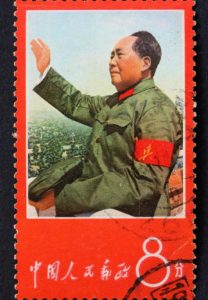 While the Cultural Revolution had already long since become gruesome reality in China in the late 1960’s, Maoism was just coming into fashion among artists and intellectuals in many Western countries. Yet it was more than simply an indispensible zeitgeist accessory for some, for many activists it became a deadly serious, lifelong project. Historian and author Gerd Koenen once was the local high chief of a Maoist party cell in Frankfurt at the time. His book Das rote Jahrzehnt (The Red Decade) is a classic on the subject of reappraising and analysing the effects, consequences and fallout of the Chinese Cultural revolution on West German left wing ideology and politics. In his lecture on the eve before the performance of Memory, he reflects on the attraction of a revolutionary exoticism that while fighting against ‘cow ghosts and snake spirits’, at least seemed committed to great historical tradition and a global political reform movement.