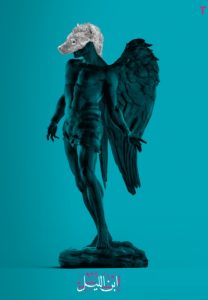 Since their formation seven years ago, the Beirut Indie band Mashrou‘ Leila have caused a pop-cultural rebellion in the Middle East, which has meanwhile also seized the rest of the world. According to fans and the professional press, their vibrant mix, created by frontmen Hamed Sinno (voice) and Haig Papazian (violin) against a backdrop of guitar, bass and drums, easily holds up to comparison with the Arctic Monkeys, Radiohead, Roxy Music or Wild Beasts. However, the real cause for commotion are their lyrics, which tell of the daily experienced, invasive power of the state, deadly shootings and Beirut’s seething clubs and gay-lesbian subculture. This also applies to the videos with which the band brings their life in the Lebanese metropolis onto the live stage in their concerts. “They charge the stage with electricity, sensuality and a dazzling aura of resistance.” (The Guardian)

DJ set by Ziad Nawfal after the show