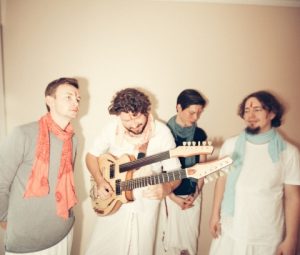 Why only live in one world, when you can be at home in so many? “Kamaloka” is the brand-new album by Max Clouth and the clan. An album like a road trip in one’s mind, the film music for a film screened in spirit – an episode film, shot en route between Germany and India. The name “Kamaloka” is Sanskrit and comes from ancient Indian culture. Literally translating as “place of desire” is represents disengaging oneself from all material things. Accompanied by acoustic guitar and a small string ensemble, also featured on the CD: hand-made music for its release concert #2.