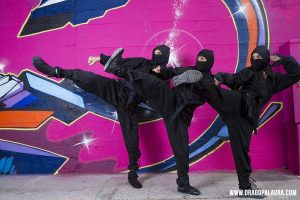 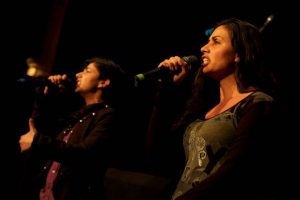 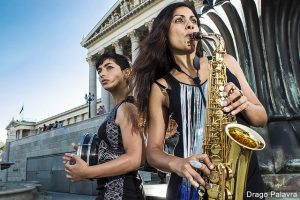 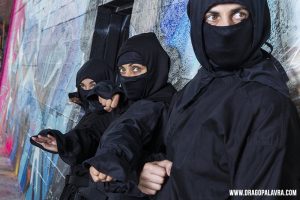 The concert of Mindj Panther* has to be cancelled without replacement due to illness.

Mindj Panther* fight discrimination and populist agitation with their rap songs. They sabotage racist election campaign speeches and call on young migrants to protest. The duo’s name is derived from the Romani word “Mindj”, an expression for vagina. The Panther is reminiscent of the Black Panther movement. Known as actresses, among others in Yael Ronen’s production “Roma Armee” at the Maxim Gorki Theatre Berlin, as activists and musicians, Sandra and Simonida Selimovic write their own story in the Mindj Panther* collective. The Serbian-born Romnija founded the first feminist Roma theatre association Romano Svato in 2010, regularly initiate projects and festivals on Roma culture, break stereotypes and spread their mother tongue proudly and fearlessly.

An event in cooperation with the Frauenreferat Frankfurt as part of the feminist event series “ASCHUNEN I DIKHEN – Rom*nja und Sint*ezze: Defining power, empowerment and artistic practices”.