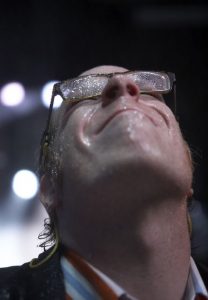 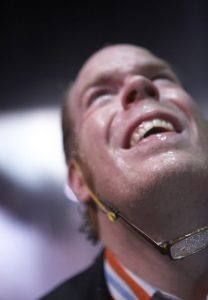 For this piece, David Van Reybrouck interviewed over 30 Belgian Congo missionaries and assembled their stories of life and work into a monolog. The result is so compelling that it is hard to believe that the man standing on stage is not “André”, who has been working as a missionary in post-colonial Congo for more than fifty years now, but rather the actor Bruno Vanden Broecke. On home-leave in Europe for the holidays, “André“ gives an account of the various ethnic groups in Congo, their ways of life, their beliefs. He talks about God and about being stuck in the mud, about wars, stinking wounds and a gun barrel pressed to his forehead. He describes a country utterly destroyed and its intoxicatingly beautiful nature. The portrait of a man, who dedicated himself to a mission as a young adult and who now, at the end of life, reveals his inner turmoil – torn between his own moral beliefs and his entanglement with a deeply contradictory world.