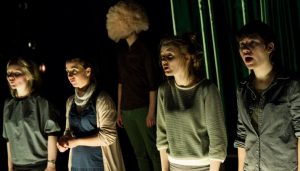 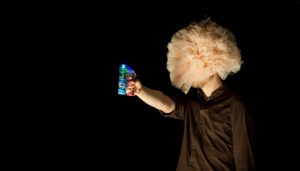 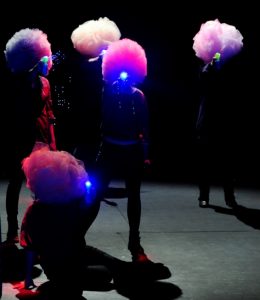 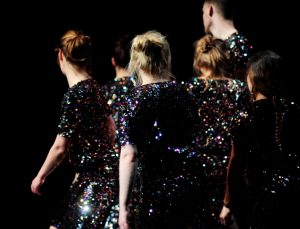 Waiting for it to finally begin. Waiting and talking and gossiping and imagining how it will be, in a moment or later, when it finally begins. Frankfurt director Susanne Zaun has organized reinforcements and started a major eavesdropping operation together with co-director Marion Schneider. They have relentlessly documented what women talk about when there is actually nothing going on. Idle talk and the realisation that we miss much if we only ruefully stare at our own bellybuttons all the time. Whether making plans for the future while waiting in the queue to be cast for Germany’s Next Topmodel, discussing whatever other worries there are right in the girl’s sauna before the infusion or minutes before the Black Forest gâteau is finally served. Susanne Zaun and Marion Schneider have transformed our senseless prattle into a spoken-word spectacle for a female choir of at least seven bellybuttons. Everything that will be said, has been said.

There will be a Warm Up for the audience on Sunday before the performance. 13.4., 5 p.m.