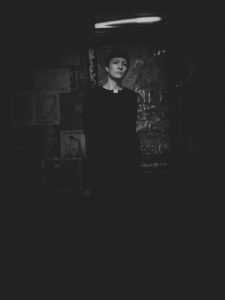 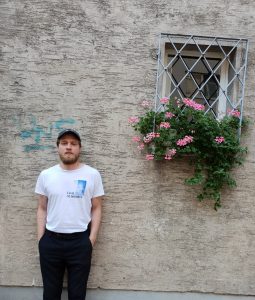 A concert and a tape release at the Geheime Salon bring Nika Breithaupt alias Nika Son’s one-month studio residency by invitation of the Tape Label MMODEMM in collaboration with the Künstlerhaus Mousonturm to a close. The Hamburg-based musician, DJ and visual artist is a regular host of the series “Next Time” and “Noctuidae” at the Golden Pudel Club and initiator of the festival “Eruption” – dedicated this year to music and video artist Conrad Schnitzler. In her live sets, analogue synthesizers communicate with manipulated tape machines and field recordings with broken beats. The evening will be framed by Bellye Woddy, who regularly features musical niches as part of the Denovali Records label and as host of the radio show “Succes Stories” at Radio X and Radio LYL.

The Geheime Salon is a concert series by Künstlerhaus Mousonturm and MMODEMM. Financed by the Musikfonds e. V. with funding from the Federal Government Commissioner for Culture and Media, the Dr. Marschner-Stiftung and the Naspa Stiftung.