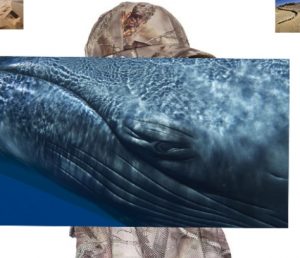 Working title (the loneliest whale in the world)

“More important than anything else was to find a way to live. It was under this thought that we started moving. When we returned to the movements months later there was only a desire to disappear where there had once been a proposition.”


The young choreographer Else Tunemyr uses movement to liberate bodies from intentionality. To do this, she (ab)uses s.c. somatic practices that follow the functions of the body, its organs or its heartbeat, and transforms them into a simple but intriguing choreographic method. A gap appears between the dancer and her movement. Embodiment and alienation of the same movement are suddenly indistinguishable.


“Maybe we were searching for a perception of the present, that, through its softness, is able to float through layers that would otherwise be blocking.”