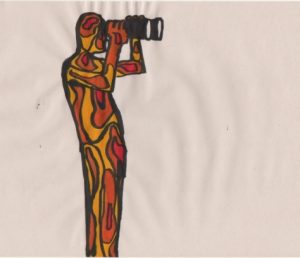 Frontex and barbed wire: Europe is sealing itself off. Orpheus in the Land of the Living: A Smuggler’s Opera deals with that river along the border of Eastern Europe that the Greeks call Evros and the Turks call Meric. Fences several meters high and mine fields seal off Europe’s external frontier. In recent times, countless dead washed up on the shores of the river and were buried in a “cemetery of illegal immigrants”. According to Greek mythology the severed head and body of Orpheus also drifted along this same river. Now Orpheus returns as a hapless smuggler, for the way to Europe leads into the netherworld. Inspired by  Monteverdi’s opera L’Orfeo from 1607, andcompany&Co. not only blend mythology and music, but also mix documentary material and nameless fates into a new, old story.

In German and English