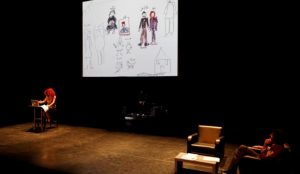 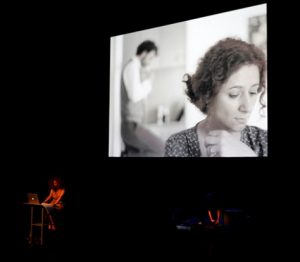 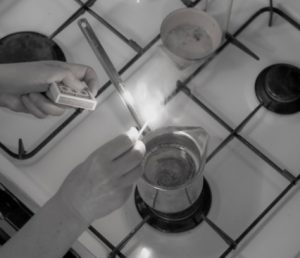 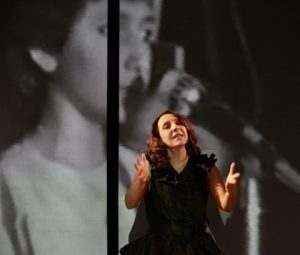 After its premiere in 2009, Photo-Romance immediately become one of the most successful international theatre pieces and is now, after touring worldwide, is coming to Mousonturm in its newest version: in the roles of author and censor Lina Saneh and Rabih Mroué discuss the photo novella adaptation of a historical film document, which shows the enthusiasm of Italian crowds at Hitler’s Mussolini visit. The two of them – him, a former leftist activist, she, a divorced homemaker – met in Beirut in 2006 shortly after Israel’s attack on Lebanon: two lonely people, uncomfortable with the hubbub outside. By mixing fiction and reality, Photo-Romance deconstructs the political logic, as well as the illusion of theatre and shows “truth” to be a construction of possibilities.

Lina Majdalanie was born in Beirut (Lebanon) and works as an actor as well as a director and writer. She has devised numerous productions including ‘Biokhraphia’ (2002), ‘Photoromance’ (2009), ‘33 rpm and a few seconds’ (2012), ‘A Drop of Sweat’ (2015), ‘Appendice’ (2016), ‘Do I Know you?’ (2017), ‘Borborygmus’ (2019) and ‘Last but not Last’ (2020). She has also taught at the Haute Ecole d’Art et de Design in Geneva, DasArts in Amsterdam, the Johann Wolfgang Goethe University in Frankfurt and Bard College, Berlin. In her work Majdalanie investigates forms of political language in and age of globalisation and digital technology. She regularly curates programmes for a range of institutions such as ‘Motion-Less’ (Tanzquartier Wien, 2009), ‘Beyond Beirut’ (Künstlerhaus Mousonturm 2016) and ‘Relatively Universal’ (HAU, 2017).