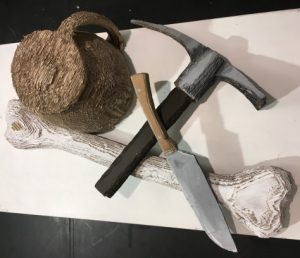 Pretending to be doing something – is exactly how novelist Jack Torrance hides his artistic crisis in the classic horror story “Shining”. But what he also hides is the madness of the house in which he has become the janitor. ScriptedReality experienced a similar horror story during a recent one-year residency, during which they became increasingly unsure about whether they supposed to be developing a piece or acting as janitors for the giant castle that they had been given as a rehearsal space. The piece “Resident Evil” can therefore also be cosnidered a meditation on work, on refusing work, on panic in the face of the performance scene and about the role that fake and theatre play in the construction of our reality. In these  ruthless self-experiments between drama and parable, grotesque narrative and parody, formation of theories and rededication of formats, the Gießen performance collective attempts to remain faithful to the promises of art by facing them with radical scepticism.