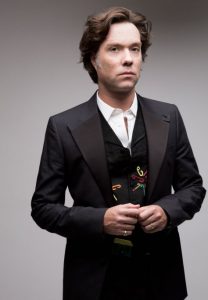 Rufus Wainwright, born in New York and raised in Montreal, is one of the greatest popular singers, composers and songwriters of his generation. As the son of the wonderful Canadian singer-songwriter Kate McGarrigle perhaps he was predestined for such a career. He has collaborated with greats such as Elton John, David Byrne, Boy George, Joni Mitchell, the Pet Shop Boys and Robert Wilson and his albums are immense pop operas full of beautiful ballads and brilliant cover versions. He has even been successful in the classical genre – one of his great loves – composing the opera ‘Prima Donna’ and setting Shakespeare’s sonnets. There’s so much to look forward to in what is certain to be an unforgettable and emotional night in the Palmengarten!