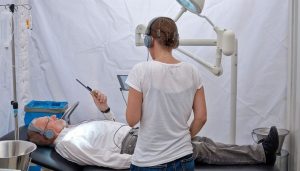 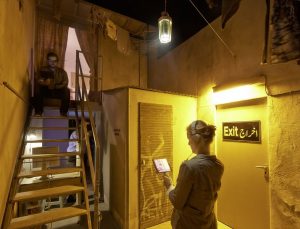 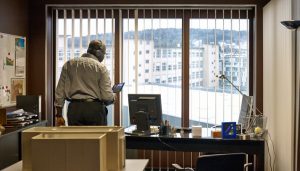 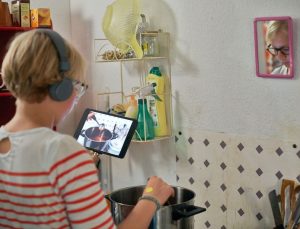 May 2011, a photo goes viral: 13 people in a room. The expressions on their faces say it all: triumph, fascination, scorn, satisfaction, fear, horror. The snapshot taken in the White House “Situation Room” after the execution of Osama Bin Laden documents the end of a manhunt pursued with all possible weapons. Rimini Protokoll’s installation ‘Situation Rooms’ brings together 20 people from various continents, whose biographies have been shaped by weapons and scenarios of intimidation. On a film set, a senior executive from the weapons industry, a Pakistani lawyer representing victims of American drone attacks, a doctor, who works in Sierra Leone, a Sudanese fugitive family and many others meet. Together with Dominic Huber, Rimini Protokoll have developed a parcours for 20 spectators that recreates the globalised world of pistols and rocket-propelled grenades, of assault rifles and drones, of rulers and refugees. Equipped with mobile screens and headphones, the audience takes on the perspective of the protagonists, themselves becoming either the pursuer or the pursued.