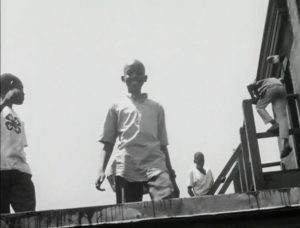 Sol Worth – A Slice of Life

Sol Worth is best known for the 1966 project “Navajo Film Themselves”, conducted with the anthropologist John Adair. The project and the resulting book Through Navajo Eyes (1972) were widely, if controversially, regarded as groundbreaking contributions to visual anthropology. What has been virtually overlooked is that this project was embedded in a broader context of film teaching, communication research, film studies, and social action. Starting in 1960, Worth taught the Documentary Film Laboratory at the University of Pennsylvania’s Annenberg School of Communications, and he initiated filmmaking projects with African American and Puerto Rican youth from inner-city neighborhoods in Philadelphia and New York. He encouraged the filmmakers “to show their concerns” and to represent on film “a view of themselves and the world around them.” This program presents a selection of these “bio-documentaries”, most of which are shown publicly for the first time since the 1960s. Fascinating historical documents in their own right, the films depict life in inner-city neighborhoods, medical institutions, and schools. They address issues of race, children’s psychology and psychiatry, health care, and anti-war protest from the perspective of adolescents and young adults.
The screening will be followed by a discussion.

The screening will be followed by a discussion with Panelists: