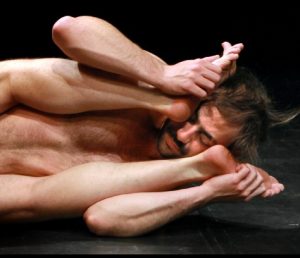 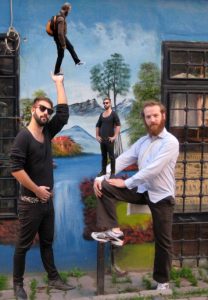 Friendship means: laughing together, crying together, being there for one another, fighting and forgiving one another…or maybe not? In Still Standing You dancers and choreographers Pieter Ampe and Guilherme Garrido put their male friendship to a serious test: they pinch, slap, wrestle, sweat. And ask: How many types of embraces are there? To what degree am I allowed to show weakness? What is it about the other guy that drives me up the wall? For one thing is quickly clear: It is not that easy to tell the story of two people and the bodies that they inhabit. Instead of a simple story, the result is the wild, hilarious universe of an intense friendship in which everything – on all levels – is laid bare.

everyone age 8 and up