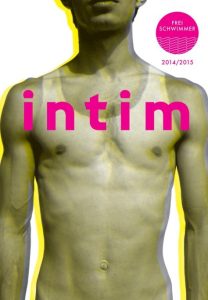 Two men sit on the couch of a TV studio. A woman steps forward and takes off her dressing gown. The men contemplate her naked body, converse, let thoughts and eyes wander, speak about their ideals concerning female beauty and true masculinity. The woman remains silent. The Danish talk show Blachman was first broadcast in 2013 and caused a scandal as well as aggressive controversy. Rose Beermann and Iva Sveshtarova use it now as material for an affirmative re-enactment. They have staged an exciting new look at what we believed were clearly defined positions of power between speakers and nudes, between those presenting themselves and those looking. Think naked!