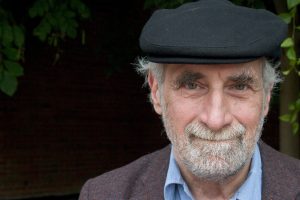 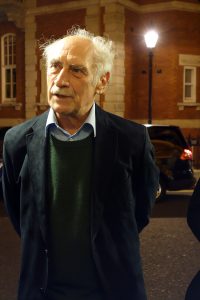 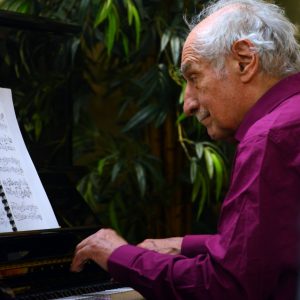 The People United Will Never Be Defeated!

Busy avant-garde pianist of outstanding calibre, composer with a penchant for improvisation, unrelenting advocate of a political aesthetic, staunch leftist: Frederic Rzewski is an unusual phenomenon in 20th century American music. In the current commemorative year of the revolution, he turns 80 and at Mousonturm he will personally be playing his probably most important piece: the magnificent, ca. one-hour and largely tonally composed cycle of compositions for piano “The People United Will Never Be Defeated!” – 36 variations of the Chilean revolutionary tune “¡El pueblo unido, jamás será vencido!”. In a unique way, they combine political and artistic avant-garde, utopian hope and virtuoso brilliance, traditional form with techniques of new music. Thus, Rzewski may have written the “Diabelli-Variations” of the 20th century.
We are happy that Frederic Rzewski will also play his solo piano composition “Saint & Sinners” as a european premiere.